Great inventions don’t have to be complicated. A new survey by the Massachusetts Institute of Technology asked Americans to name five inventions they could not live without. As expected, the smart phone, personal computer and automobile made the list, but the humble toothbrush emerged the undisputed champ as the most prized innovation. 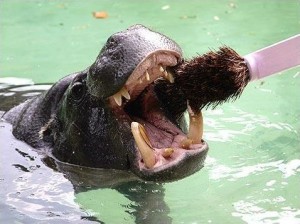 It’s been a long road to the top for the toothbrush. Prior to the toothbrush, people used bones, feathers and frayed twigs to clean their teeth.  The first bristle toothbrush was invented in the 15th century in China and was originally concocted of boar’s hair and bone.  The bristles were sourced from hogs living in Siberia because the colder temperatures provided firmer bristles.   At that time in Europe, people rubbed rags with soot and salt on their teeth to clean them.  For obvious reasons, the bristle toothbrush spread rapidly, brought back from China to Europe by travelers.   Natural animal hair bristles were not an ideal material as they retained bacteria and odors.  With the advent of synthetic nylon fibers and plastics by DuPont in 1938, the modern toothbrush was born.

Nylon allowed toothbrushes to finally become comfortable, sanitary and affordable.  So that must be when the majority of Americans adopted brushing their teeth as part of a daily regimen of personal hygiene, right?   Hard as it may be to believe, even then most Americans still didn’t brush regularly.  That only happened after World War II, when GI’s brought home the Armed Forces enforced habit of daily brushing!

My grandfather was a dentist in Michigan prior to World War II. One of the stories he shared with me as a youngster was about a gift that newlyweds used to give each other back in this era.  To avoid the inevitable decades of pain and suffering caused by dental disease, it was commonplace to give the “gift” of dentures as a wedding present. 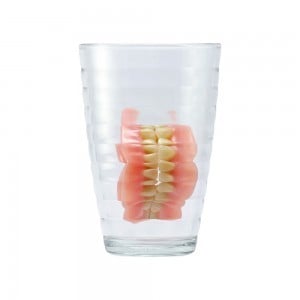 So, the next time you idolize your smart phone for how great it makes your life, smile in the mirror (or better yet, take a selfie) and thank your lowly toothbrush for what you see.

Check out our Just for Fun section

Thank you. We have received your message.